I was tasked with re-branding a restaurant called Le Commons Bistro, a French and Asian bistro that serves both types of cuisine, but serves them as completely different dishes instead of a fusion of the two. This non-fusion idea provided a challenge: how to find a branding and identity that would hint at the two completely separate components of the restaurant. My solution was to create a single identity that reflects two different personas — a French man with the name Pierre and an Asian man with the name Wong. The two personas are reflected in the different colors and textures which are represented on opposite sides of the restaurant. The colors were pulled from images representing aspects of the separate cultures. The French texture was inspired by the repeating shape of a croissant, and the Asian texture was inspired by the scales of a Chinese dragon. 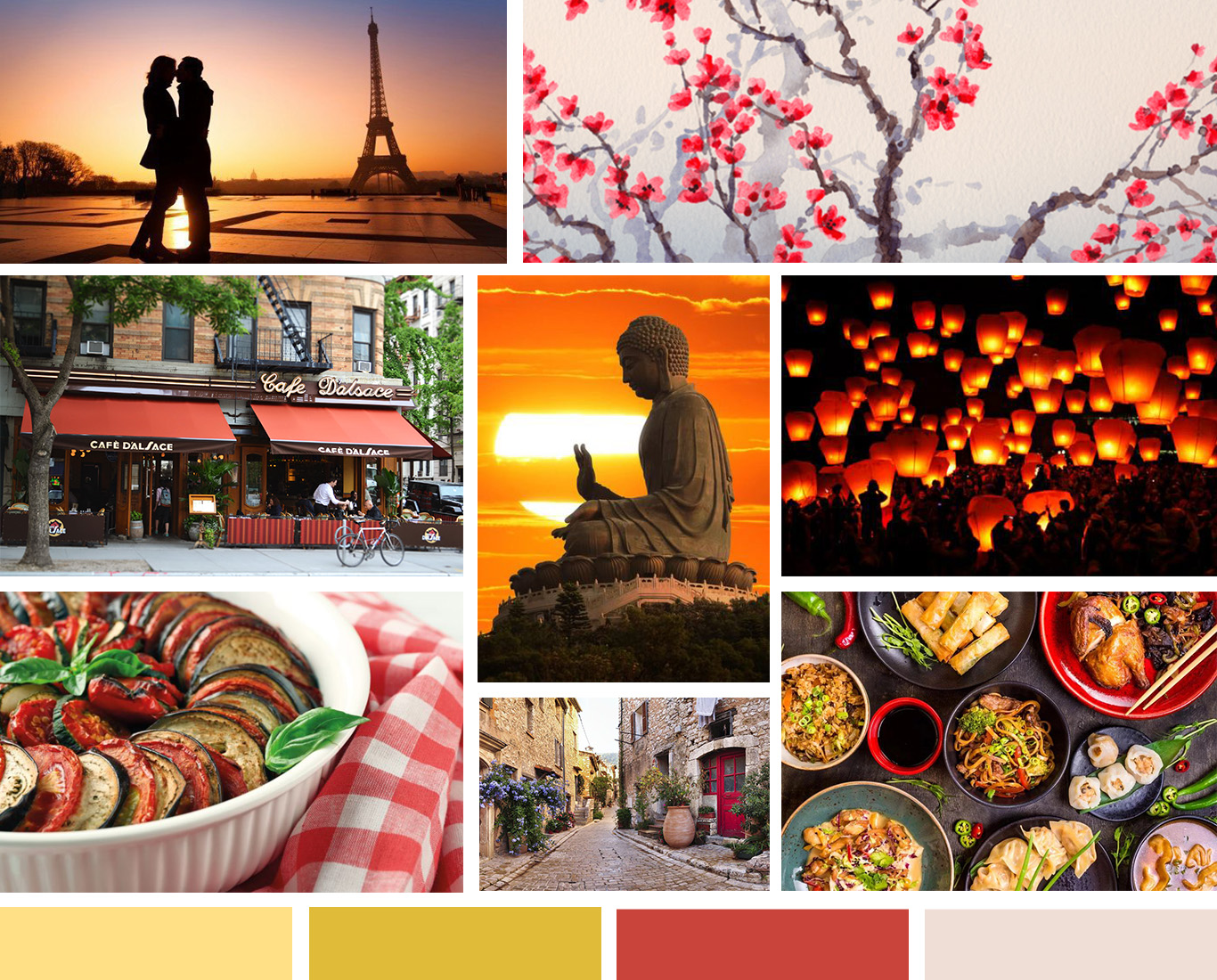 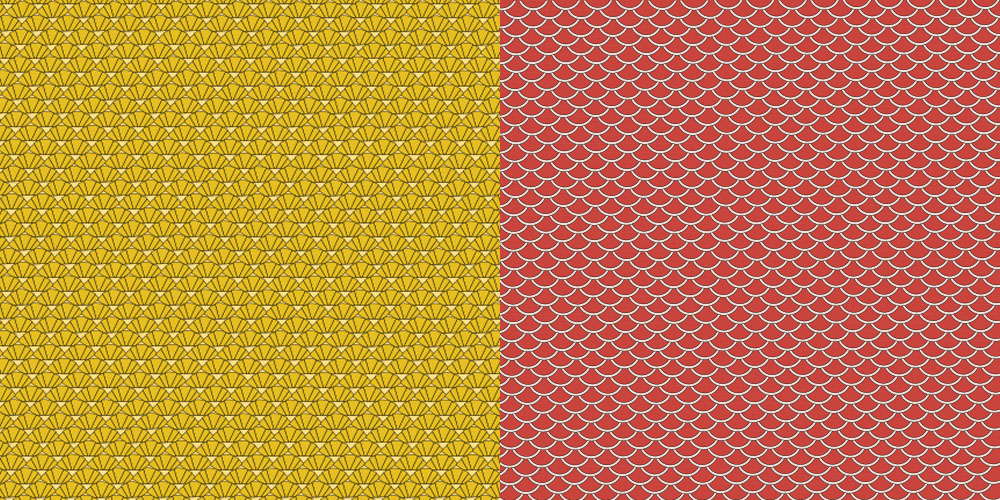 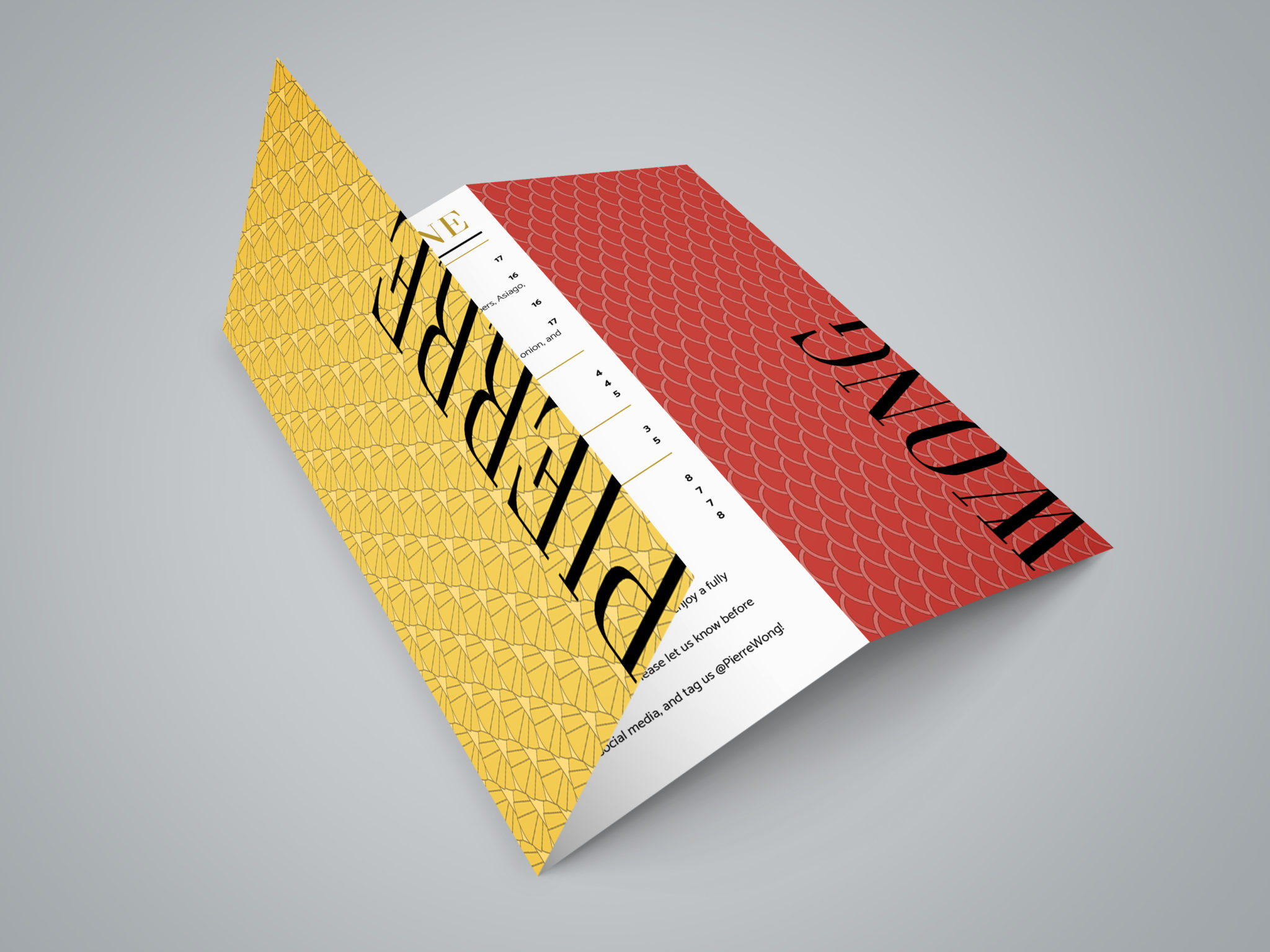 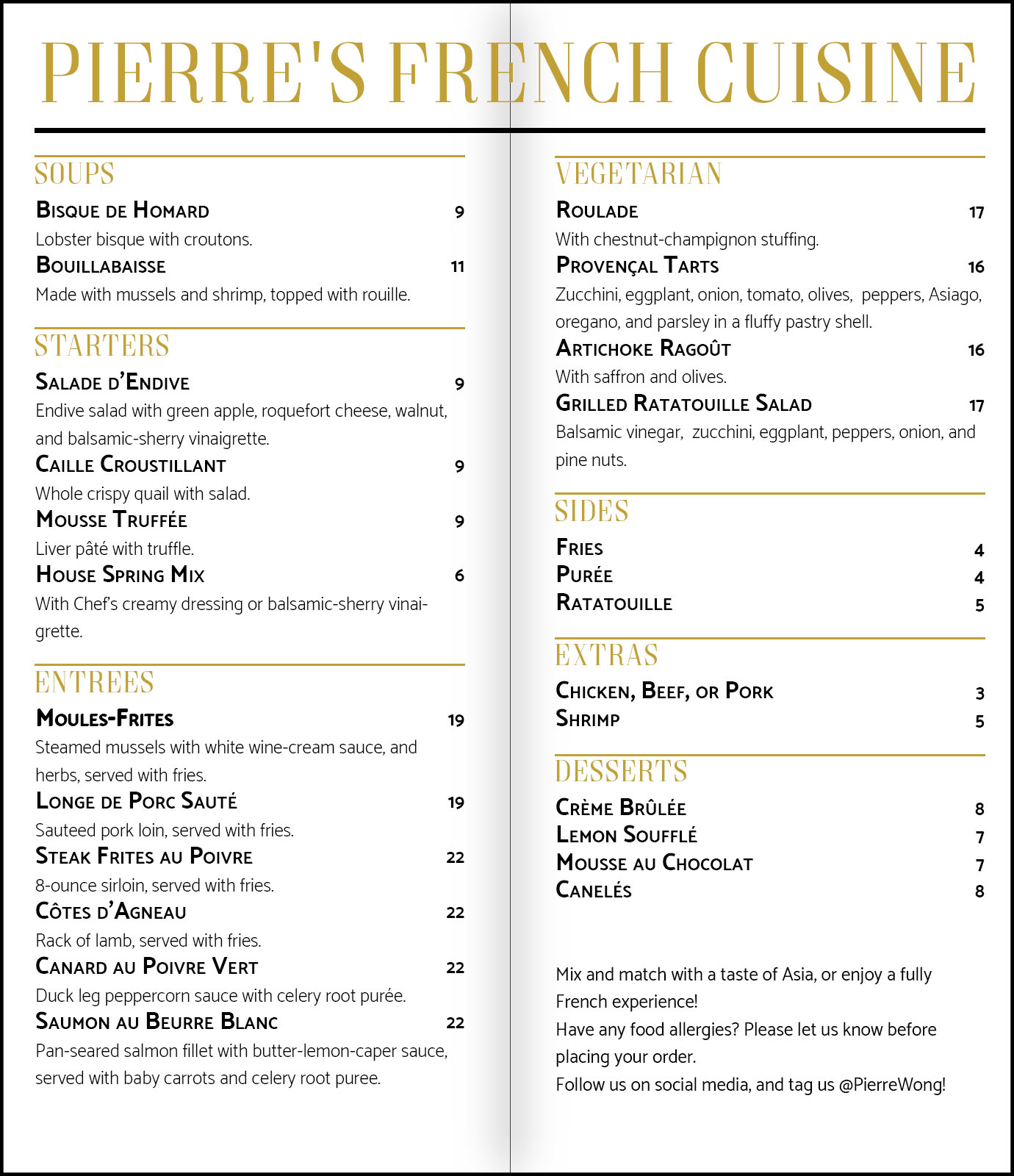 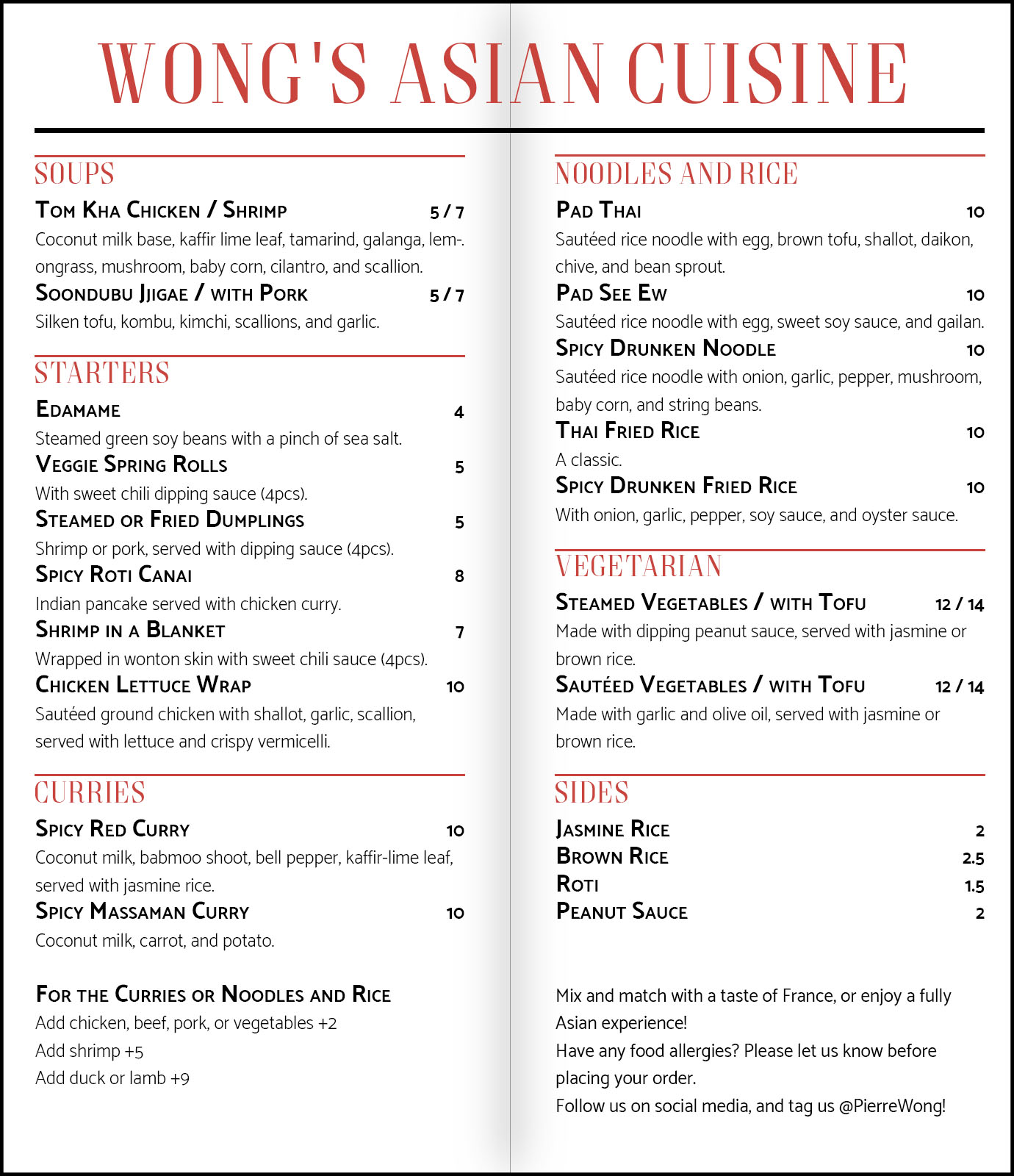 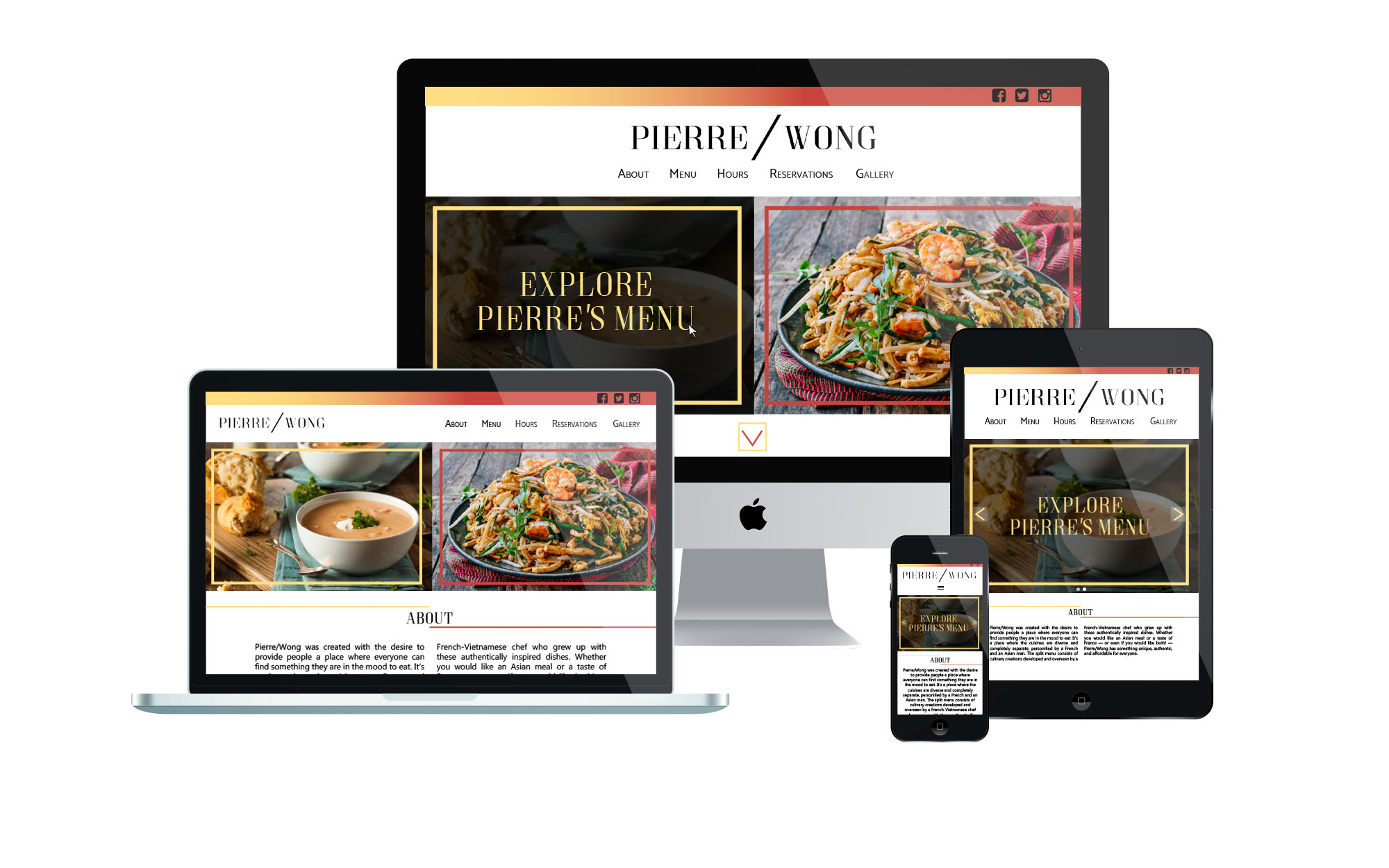 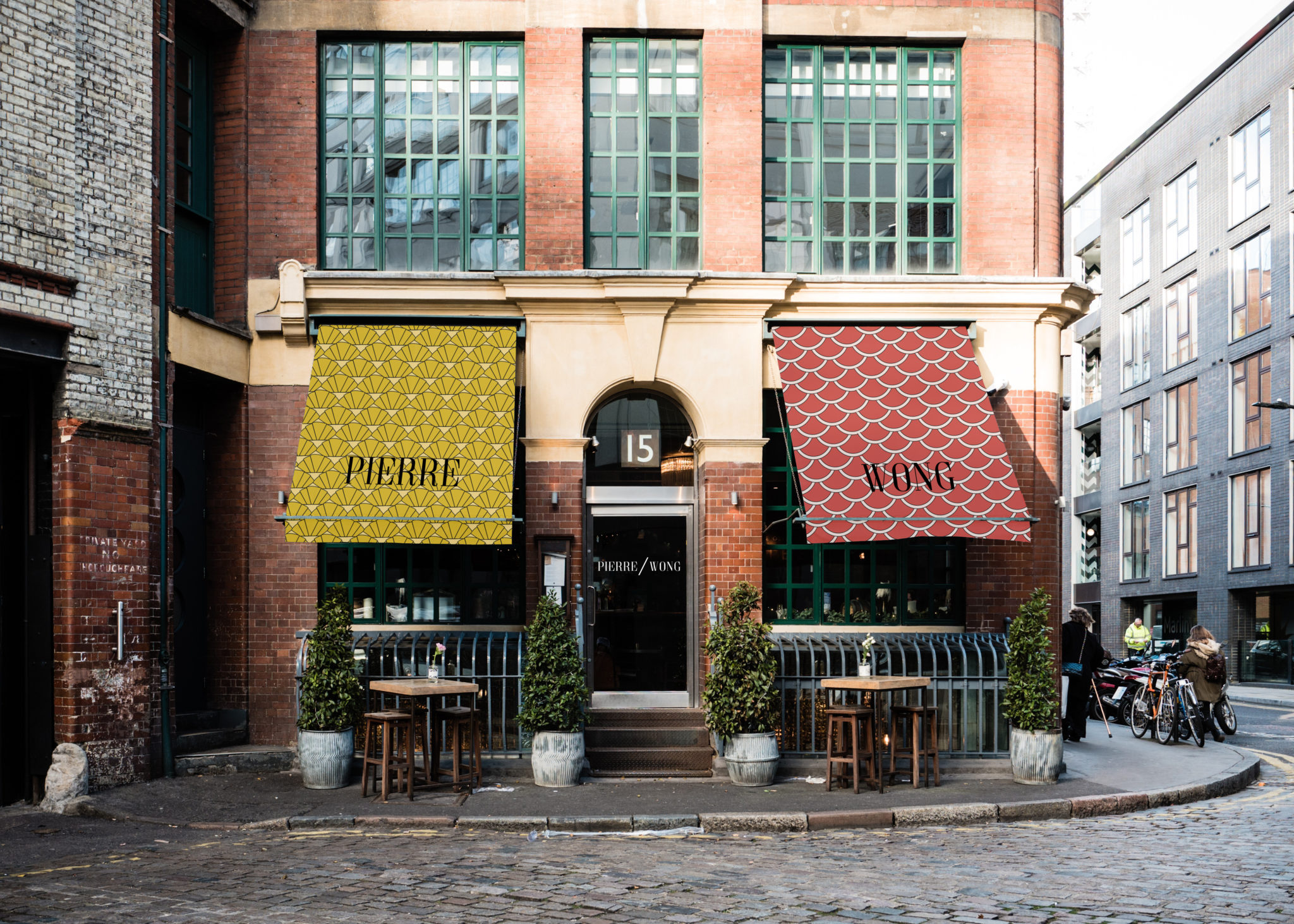